There’s a new only-child stereotype brewing. Are only children really more likely to be overweight or obese? A potential new stereotype links childhood obesity to family size, birth order and, specifically, to only children. 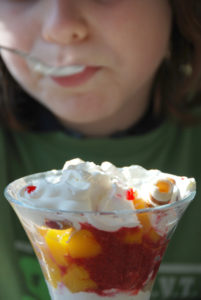 Since 1896 when psychologist G. Stanley Hall pronounced only children were lonely, selfish, and bossy, these stereotypes have stuck. A number of studies in recent years could lead to a new only child stereotype: “fat.”

Alarm about the increase in childhood obesity has been front and center for a long time. Michelle Obama, for one, has been instrumental in focusing on solutions. Amid larger discussions about childhood health, a common tendency is to point fingers, looking to blame parents or family makeup for children being overweight.

In the last five years a number of studies concluded that only children are at a greater — much greater — risk for overweight and obesity. Article headlines reporting on the studies are enough to cause concern among parents of singletons. WebMD wrote, “Study Finds Only Children are 50% More Likely to Be Overweight.” Medical News Today, Science Daily, and the Huffington Post all also weighed in with similar headlines, respectively: “Only Children Have a Higher Risk of Obesity,” “Only children are significantly more likely to be overweight,” and “Children Without Siblings May Have Higher Risk of Overweight and Obesity.”

The latest study, from the University of Michigan and reported in Appetite Journal, found “Higher weight status of only and last born children,” joining earlier research insinuating that being overweight was another only child stigma.

The study’s small sample size (300) and its makeup are noteworthy: low-income 4- to 8-year-olds and their mothers recruited through Head Start programs. After all the finger pointing, the authors wrote, “…while our study only included maternal feeding behavior, the behavior of other family members (e.g. fathers) might contribute to underlying pathways…our findings may not be generalizable to families without these characteristics (low income).”

However, the bottom line in all the investigations implies that if parents don’t want overweight children they need to give their firstborn a brother and/or sister — but not too many. As family size increases, the overweight problem doesn’t hold up.

The University of Michigan study and ones that preceded it taken as a group are misleading, and make it impossible to conclude that only children — or youngest children — are at risk for obesity and being overweight. The researchers themselves call for more closely sampled and monitored investigation. Among the problems with buying into the idea that siblings keep a child thin is inconsistency. It’s important to remember that results change between and within studies. For instance:

Most striking is the parallel rise in childhood obesity in the overall population during the last 10 years. Parents are right to worry about their child(ren)’s well being, but should be cautioned against taking the advice of these studies without deeper investigation. Weight problems are complicated. Trying to say conclusively that only children are more susceptible to becoming overweight feels like splitting hairs amid much larger issues. I don’t think adding a brother or sister is the answer to any child’s overweight problem. Nor do I believe a new only child stereotype will evolve from news headlines that show up as a result of research studies thus far.