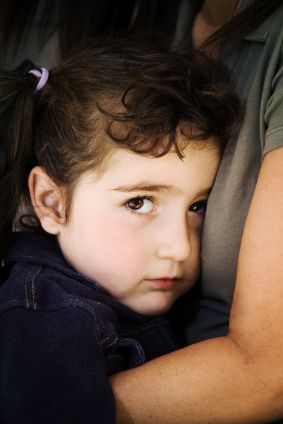 I listened to her parents beg, “Talk to your Uncle Steve.” From the time she was able to talk, with the exception being her father, Annie refused to speak to her uncle and most adult males. She spoke to her mother and her aunt at full tilt and somewhat to a few female grown-ups. At five-years-old, she would play games with me when we were together once or twice a year, but spoke as little as possible. “Your turn,” she said, or pulling another game off the shelf, “Can we play this one?” Not the chatter you would expect from a bright, young lady starting school.

Annie resisted monumental bribes including a trip to Disney World bankrolled by Uncle Steve if she would just acknowledge him. Her parents worried: Would Annie outgrow her shyness? Or would it be a lifelong affliction? Was her shyness a form of mental illness? Did she need medication? Was her shyness related to being an only child?

Shyness, like so many other labels, is one people hastily attached to only children. This is in spite of the fact that years ago researchers discovered no link. In 1998 Jerome Kagan, Harvard researcher, reported that shyness had a biological base and that only children were the same in this respect as their peers who had siblings. A commenter to my post, Is One Child the New Traditional Family? like many parents I’ve talked with, feels the same way. She wrote:

“…People/children are born with inborn traits such as outgoing or shy. Having a sibling does not change that for the most part. I have one daughter and let me tell you she is a very social outgoing child…it seems to be almost natural for her. I think some people have great social skills while for others it is not the strongest aspect of their personality. Sometimes an overly shy child will cling/hide behind the sibling which is not so healthy either.”

Researcher Judith Blake found that “only children may actually be more outgoing and have more friends than kids from larger families.” Based on evidence, it’s safe to strike “shy” from the only child stereotypical label list. But is shyness is a mental health condition that should be treated? And if so, when and how?

Murray B Stein, Professor of Psychiatry and Family & Preventive Medicine at the University of California, San Diego discussed the origins of shyness, when it can be classified as a mental illness and treatments available.  He noted that 5 percent of the population has social anxiety disorder at a level that interferes with their functioning. But, he adds, “a range of effective cognitive behavioral and pharmacological treatments for children and adults exists.”

When not engaging with others including family members severely limits activities, shyness can be a huge problem. An article in the BBC News Magazine reports that “acute shyness is one of the most under-recognized mental health problems of the modern age say some.” In the same article, Harvard Medical School Professor Ronald Kessler is quoted as saying, “social phobia is tragic and the tragedy is that it’s relatively easily treated but most people don’t get treatment.”

Drug companies push their anti-depressant offerings as a cure. One camp believes oxytocin hormone (released from the brain) delivered in a form like Pitocin used to induce labor may be the answer when served up as a nasal spray. The Spanish National Institute of Toxicology (NIT) warns that the language used to describe the anti-depressant Seroxat (paroxetine) known as the “anti-shyness pill” may lead to its overuse or incorrect use with children, teens, and young adults. 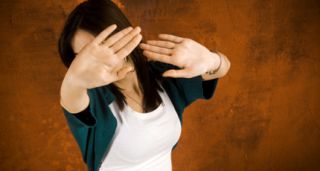 Others advocate for counseling as the answer for extreme shyness that results in social phobia. Are these wise approaches for the shy child? In spite of her unwillingness to talk to her Uncle Steve, as a child Annie related well to her girlfriends. By junior high she spoke males and family members without any intervention. New situations and making new friends were a bit more problematic for Annie, but once over the initial hump and engaged, she added new peers to her friend list readily.

Being slow to warm up and needing some degree of familiarization with a situation before feeling “safe” may be shyness on the mid to low end of the spectrum. But, it’s not a label parents want to attach to their child. Saying “Oh, she’s just shy” only reinforces the hesitancy you’re trying to reduce. And, labels endure. He or she could very well outgrow it or learn to overcome it without drugs and/or therapy. If you have a shy child, be patient and offer words or ideas she can use to ease into new situations that seem difficult. Recognize where your child is on the spectrum and understand that the reluctance will probably work itself out. If it doesn’t, respect your child’s non-aggressive temperament and tentativeness; feel grateful that you don’t have an aggressive, loud-mouth offspring from whom others try to escape.

Do you recall being painfully shy as a child? Did you outgrow it? Or, would you classify yourself as a social phobic. Would you, like some experts in the field, define your aversion to social situations a mental illness?

No one wins all the time, and the sooner kids learn to handle being No. 2 or No. 322 the better. Here, essential lessons to pass along to your children. via @PsychToday https://www.psychologytoday.com/us/blog/singletons/202301/have-you-properly-prepared-your-kids-for-defeat

Sometimes the passion for one's work is amazing
( wait for it )