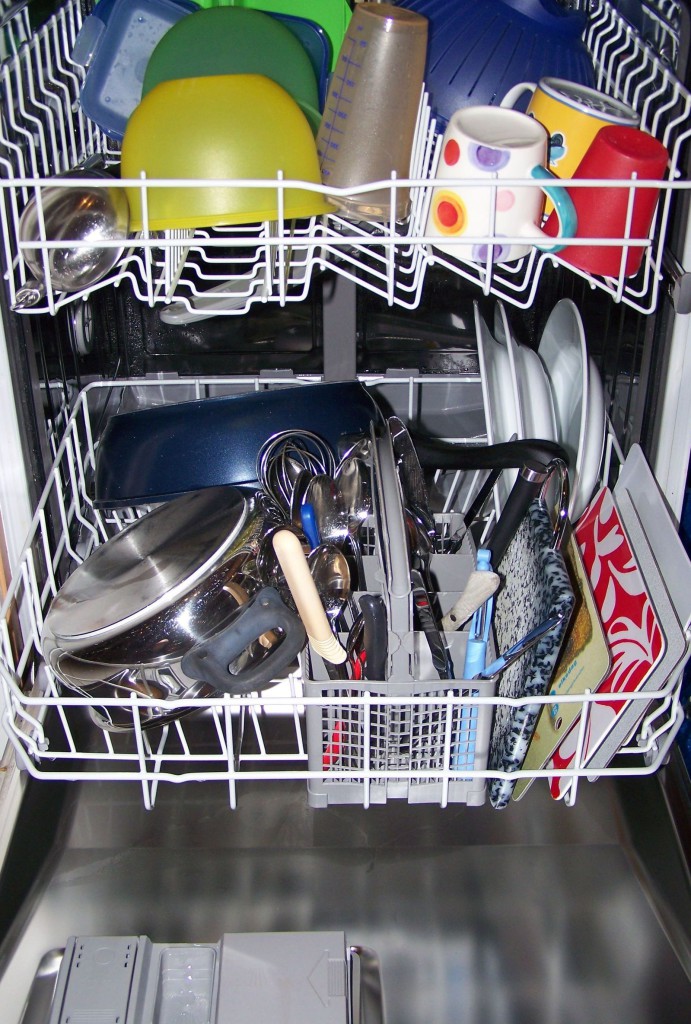 Would women have more babies if men did more housework?

Fatherhood has come a long way from the days of Mad Men. Today’s women can now count on their male partners to be actual partners in parenting. Whether they’re rocking a baby to sleep, taking a kid to volleyball practice or helping with homework, today’s dads increasingly participate in caring for their children. Yet, despite the fact that more women than ever before have full-time jobs outside the home — a recent Pew Research Center survey reports that in nearly half of two-parent households, both parents work full time — household labor remains largely the mother’s responsibility.

According to a survey of 1,000 British moms who work outside the home, women undertake an average of 10 hours of chores a week. This is twice as many as men. And though it’s common to see women in leadership roles in the workplace, the survey found domestic chores remain surprisingly gendered and stereotypical. Men mostly take care of taking out the trash, changing light bulbs, DIY repairs, and pest control. Women handle cooking, cleaning, ironing, and paying bills. They also organize things like children’s doctor’s appointments, play dates, childcare and family birthday presents.

So perhaps it isn’t surprising that more and more women are choosing to have only one child. According to the Pew Center report, one-child families have gained ground. Today 18% of women at the end of their childbearing years have an only child. This is up from 10% in 1976.

In my book, The Case for the Only Child: Your Essential Guide, I discuss how husbands pressure wives to add to their family. But maybe women should get to vote twice since their workload — even when they work full time — only grows with the addition of children.

Something to learn from same-sex couples

The Families and Work Institute has released findings from a new study, “Modern Families: Same- and Different-Sex Couples Negotiating at Home.” The study focused on 225 dual-earner couples, married or living together for a minimum of a year, with or without children, mostly working over 40 hours per week. When it comes to caring for children, the study found that same-sex couples share more of the responsibilities than different-sex couples. Same-sex couples reported that household/child care chores and routines were shared 74 percent of the time. Compare this to just 38 percent of the time in male-female couples. And — not surprisingly — women in different-sex couples have the lowest levels of satisfaction with household and childcare responsibilities — significantly lower than men in same-sex couples.

So, how could different-sex couples learn from same-sex couples? First, they could start by talking about who should do what. Don’t assume everyone is happy to divide chores along old-fashioned lines.

How to go forward

Because men in same-sex couples parcel chores on an individual basis and not so much on who earns more, they may be more content in their home lives. It’s more about feeling adequately appreciated and having a voice, rather than how specific chores are divided. Adopting these principles may go a long way in shifting motherhood and fatherhood to parenthood. Then, perhaps, the question of how many children to have could become a fair question for both parents to answer.