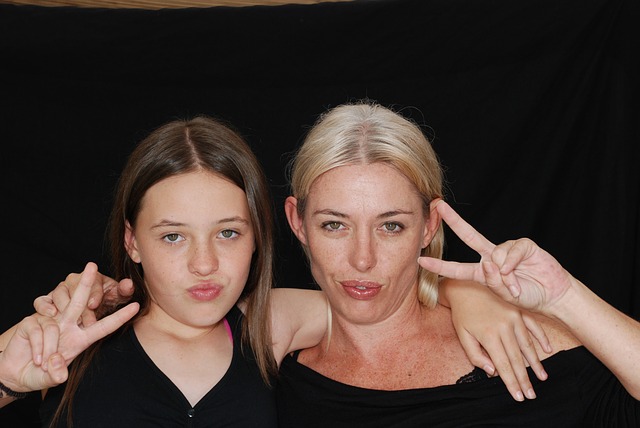 Lorelai and Rory Gilmore—the fast-talking, coffee-swilling, wardrobe-swapping mother and daughter duo who won over audiences in the popular series Gilmore Girls, which ran from 2000-2007—may have created the mom-daughter BFFs (Best Friends Forever) archetype. However, moms and daughters behaving like close friends are far from unusual these days. Increasingly the lines between parent and child are blurred, with a noticeable number of moms and daughters behaving like peers—swapping texts, clothes, music and, often, the intimate details of their sex lives.

I cannot imagine sharing in this way with my mother when I was a teenager or in my 20s. And neither could she. But our relationship was formed in a different time when expectations for intergenerational rapport were low. Today older women are encouraged to look and act young well into middle age and mothers and daughters are never more than a text or email away from each other, leading to a kind of intimacy that makes the generational gap almost non-existent at times.

Too strong a bond?

But is there such as thing as being too close to your child? On the one hand, such a strong bond brings with it an enviable sense of camaraderie and openness. Yet one has to wonder if there are downsides to the intense togetherness. Is being best friends with your daughter a mutually beneficial arrangement? Or can it actually compromise her development?

Some, like this mother of a three-year-old who responded to my post about children with imaginary friends, worry that a relationship without boundaries between parent and child might be detrimental to their daughters.

“I have seen some mothers…treat their daughter as a best friend to the point to where the mother/daughter relationship is blurred a bit and the daughter is not of ‘herself’. My dream is to be and stay close to my daughter throughout her life but steer clear of a relationship where one doesn’t know where one begins and one ends. Are there warning signs, things I should be aware of that tell me I am creating this type of—in my opinion, unhealthy relationship?”

Perhaps it isn’t surprising that so many mothers engage with their daughters like peers. After all, much has been written on the pressure women today face to avoid aging. In her article in New York magazine spotlighting mother-daughter BFF bonds, Paige Williams blamed it on “the stay-young revolution.” She said, “The mother-daughter-besties development couldn’t have happened without the stay-young revolution. After the culture handed women the tools to look young, shop young, talk young, think young, it demanded that they do it then deluded them into believing they’d succeeded and needed to improve upon that success.”

Accepting a parent’s drive to look more youthful, be in shape, and tune into youth culture is one thing. How can moms and daughters manage female competitiveness in a healthy way?

Mothers and daughters are never on the same level.

To a generation raised with clear distinction between moms and daughters, this type of bond can be puzzling. Moms and daughters acting like sorority sisters, speaking freely about sexual partners and frequenting bars seems odd.

Linda Perlman Gordon and Susan Morris Shaffer wrote on this topic in Too Close for Comfort: Questioning the Intimacy of Today’s New Mother-Daughter Relationship. They report conversations with mothers who are proud of the friendships they’ve developed with their daughters. However, these mothers worry the closeness has stifled their girls’ sense of self and independence. They say, “The mother-daughter relationship is much more comprehensive than even a best friendship. Mothers never stop being mothers, which includes frequently wanting to protect their daughters and often feeling responsible for their happiness.”

For her New York magazine article, Williams also interviewed Camilla Mager. Mager is a specialist in women’s psychology and a former Sarah Lawrence College counselor. She explains that as close as you may be to your mother, equality may be a facade. Ideally on “some level she’s always a guiding force, someone who’s been there before you; therefore, you never can be true peers…Not that mothers and daughters can’t ever speak as friends, but there is a constant sense that you are never actually on the same level.”

The benefits of distance

Mothers and daughters feeling—and acting—as if they are on the same level can suggest a few things. For instance, that the daughter may be mothering her mother or that the mother is missing something in her life. During adolescence and into young adulthood, it is pivotal for young girls to shape their own opinions and test ideas. Usually, many of these ideas come from their peers—sometimes against the wishes of their mothers.

One 20-something woman told me that while she used to bemoan her mother’s role as a strict rule maker. However, she admits it laid the groundwork for a much healthier relationship. “Having a mom as a steadfast, guiding force even now has created a great deal of respect for each other. I don’t think that would have been possible if we had been each other’s confidante, soul mate and party pal.”

Where do you draw the line as a mother or adult daughter between being supportive and being each other’s BFF?