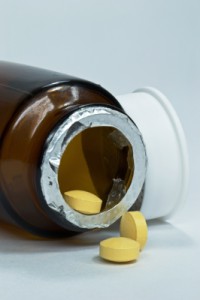 Parents of preteens and teenagers carry around a mental checklist of the potentially dangerous things they’ll have to talk with their kids about — sex, alcohol, and drugs among them. But whether they settle on a message of strict avoidance or careful moderation, parents often overlook some of the most readily accessible and equally dangerous substances lurking in their homes: prescription pills and over-the-counter medication.

It isn’t that parents don’t realize how dangerous medicine can be. Anyone who’s ever picked up a celebrity gossip mag can recount tales of famous people felled by perfectly legal pills. The trouble stems from “I know and trust my child” thinking, which has two major drawbacks.

First, regardless of a child’s seeming reliability, our brains are not fully developed until we are in our early 20’s. During the developmental years, teenagers are impulsive and often incapable of making responsible decisions. So even if you think you can trust your child to keep out of the medicine cabinet, it’s impossible to know when his or her judgment may lapse.

Add to that the fact that teens — especially younger ones — are more influenced by their peers than their parents, and the chance of your child making an unsafe decision grows. Peer pressure to try drugs, alcohol or that seemingly benign cough medicine you’ve got lying around is often enough to override whatever safe behavior parents have taught their children to use.

But there’s still plenty parents can do to keep their kids safe from drug and alcohol abuse, including dipping into your medicine cabinet.