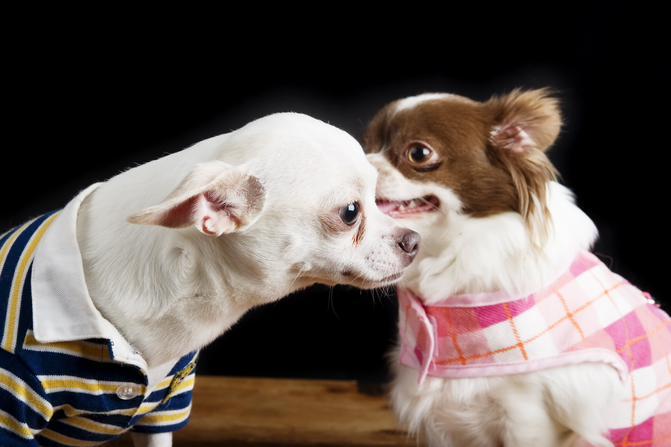 It seems that everyone has a different ideal family size in mind.

For the last 20+ years I have been researching and writing about family issues. I realized many are surprising and not well known. It also became evident that other realities are quite shocking such as the penalty working mothers deal with (and pay for) and the staggering amount of sibling abuse. Here are six well-kept family “secrets” that influence family size today:

For the past 75 years of tracking people’s preferences, the perfect family has always been two children—as expressed in the lyrics from the 1950s song, “Tea for Two:”

“We will raise a family
A boy for you, a girl for me
Oh, can’t you see how happy we would be”

In 1936 the Gallup poll started asking the question: What do you think is the ideal family size? The response has been consistent: two children. However, what people say they want and what they do today is quite different. To the surprise of almost everyone, the single-child family is growing faster than other family groupings and quietly becoming The New Traditional Family.

The biggest factors are the economy and women marrying and starting their families later. Those who wait until they are older often face infertility or secondary infertility. Age limits for parents can be a significant impediment to adopting a second child, too. And, adoption costs and infertility treatments are steep, beyond the reach of many.

Most women work because they have to, to help support their families. Over 70 percent of women with children are working. Holding down a job and raising children at the same time is stressful and difficult — leaving it to have more babies carries risks in real dollars, promotions, and job security.

A job can be “the decider” to stop after one child. The impact of a second maternity leave, for example, can be extensive, particularly in the current economic climate. Someone is always waiting to take your spot. I spoke with a woman who took what she says is the shortest maternity leave on record — two weeks. When her boss was out on maternity leave she stepped into her boss’s job. As she explained, “I know this can happen and I’m not about to let it happen to me.”

Earnings are a big part of “The Motherhood Penalty.” Children help men advance, but mothers pay a price. The biggest gap is between mothers and childless women. Mothers’ starting salaries are seven percent lower than women without children; and over the course of a career, the penalty is five percent per child! The penalty is much higher in certain fields: Mothers practicing law earned 10 to 15 percent less than childless female attorneys.

Family Secret #3: Children are more expensive than you think

Although no one likes to put a price tag on children, raising them is expensive. There are those who say, “If you want more children, have them. The money will come.” In this economy, most people are cautious. According to the Department of Agriculture, families with an average income between roughly $57,000 and $98,000 will spend a little over $286,000 (up more than $50,000 since 2008) to rear one child from birth through age seventeen — college not included. About $46,000 of that is for food!

The more you earn, the more you may spend: Families in the higher income brackets can figure to spend more before factoring in the costs of a college education, public or private. And, parents with the highest incomes could be looking at a “Million Dollar Baby.” Children, no matter what your income, are big ticket items and many wonder if they can afford another child. Still, they worry: Does my child need a sibling?

Family Secret #4: The Sinister Side of Siblings

We have been brainwashed into believing that siblings are socially or intellectually advantageous — or both. Necessary. As a means of insuring positive development and happiness, they are not mandatory. Large studies in the US and China have concluded that only children have as many friends as their peers with siblings.

From another perspective, siblings are not all they are cracked up to be. The world is very hushed about the darker side of siblings. Sibling abuse, physical and verbal is quite high, much higher than parental abuse. As many as 74 percent of siblings push or shove their brothers and sisters and 40 percent go further-they kick, punch and bite their siblings. If we add verbal abuse, the number of siblings who are verbally aggressive regularly climbs to 85 percent.

One 13-year-old said, “You can do nasty things to your brothers and sisters for no reason.” From the day your first child is dethroned by a brother or sister, it is a role of the dice as to how well they will get along or if they will get along at all. A British study of 40,000 homes revealed that teens, for instance, are happier the fewer siblings there are in the home — the lack of bullying and sibling strife being the main reason.

Family Secret #5: Parents, not siblings, are the greatest influence

Like all things in life, there are two-sides. Some adored being the only child in the family and realized the benefits; others moan and groan. The grass always seems greener next door. It’s human nature to think we want what we can’t or don’t have. It’s pretty telling that when the Beijing Institute interviewed the city’s young adult population who were only children, it found that 52 percent of them want one child.

Every child is exposed to an endless array of experiences that will shape his temperament and his functioning as a grownup. Having or lacking a sibling is just one piece. Thousands of factors contribute to and shape a child’s development…and his or her joy or misery during his formative years. It is parenting more than having siblings that influences how an only child — or any child for that matter — turns out.

The era of getting married and have the requisite two children is long gone. Family has new definitions that include single parents, gay and lesbian parents, multi-racial parents, and, of course, one child. The decline in marriage, the number of single women having babies, women in the workforce, the difficulties and expense of adoption and infertility technology, all point to more one-child families.

Like China, England is already referred to as a one-child nation — over 45 percent of families have one child. Many other countries — Japan, Portugal, Italy, France, Germany, Spain, for instance, have extremely low birth rates — 30 percent of families in some of these countries have one child. The United States has been copying European trends in many areas…and being a one-child family is another way we are doing so.

Given the many pressures on parents today, more and more feel that they can be better parents to one. For them, one child is the desired, happy choice and fast becoming The New Traditional Family.