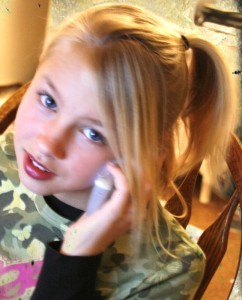 Megan, a 34-year-old self-described technology junkie, admits that her involvement with digital devices concerns her. She works in the industry as an online marketing expert, but she is also a mother to 3- and a 4-and-a-half-year-old daughters. She and her friends worry and talk about how their own consumption of “screens” will affect their children as tweens and teenagers.

“I am totally immersed,” Megan told me, “but when my three-year-old said, ‘Mommy, put down your phone,’ I was brought up short. I was surprised that the subject had come up so early, that my younger daughter even notices how much time I spend on my smartphone.”

Will that 3-year-old change her tune once she has a phone of her own and computer access to the social networks her friends frequent? More than likely.

It’s no secret that most tweens and teens would rather spend time with their smart phones and other electronic devices than do homework, read, or interact with their families. The last point—strengthening family bonds, spending time together, and building memories—worries Megan the most.

The Center on Media and Human Development at Northwestern University defined parents by their media and technology use. Megan falls into the “media-centric” group categorized as “heavy users of old and new media.” According to the report, which studied parents of children age 8 and younger, these parents “actively used media or technology in parenting practices, whether to occupy, educate, discipline, reward, or calm their children.” This is behavior Megan is trying to avoid now and in the future.

When children move into their tween and teen years, digital “battles” appear to escalate in most families. An avalanche of books, articles, and apps have appeared to help parents cope with the excessive amounts of time adolescents spend on devices. And, there’s plenty on the perceived and real dangers facing children by digital consumption.

Not all ‘screens’ are bad

It is important to realize that depending on the child and the extent of digital involvement, carefully selected—and monitored—technology can be helpful. Some video games, for example, even certain ones without an educational mission, can have benefits.

Why parents want to be mindful

Powerful evidence exists that Megan’s apprehension about her daughters’ future use of digital devices and about how it will affect them and family relationships is well founded:

Given the findings about so many different aspects key to family bonds and social development, Megan is rightfully concerned. She might want to think about curtailing her own devotion to “screens” around her young children now. At the least, she can leave her self-proclaimed “addiction” at the office. We know that children tend to follow their parents’ patterns of media use.

Questions to ask yourself:

1)    How much recreational screen time does your child or teenager consume daily?

2)    Is there a TV set or an Internet connected electronic device in the child’s bedroom?

3)    How much time do YOU spend on “screens”—your smart phone, laptop, tablet?

4)    Are you feeding into your family’s digital addiction without realizing it? 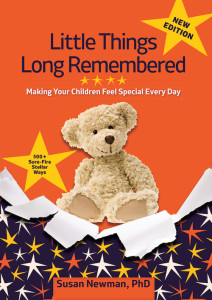