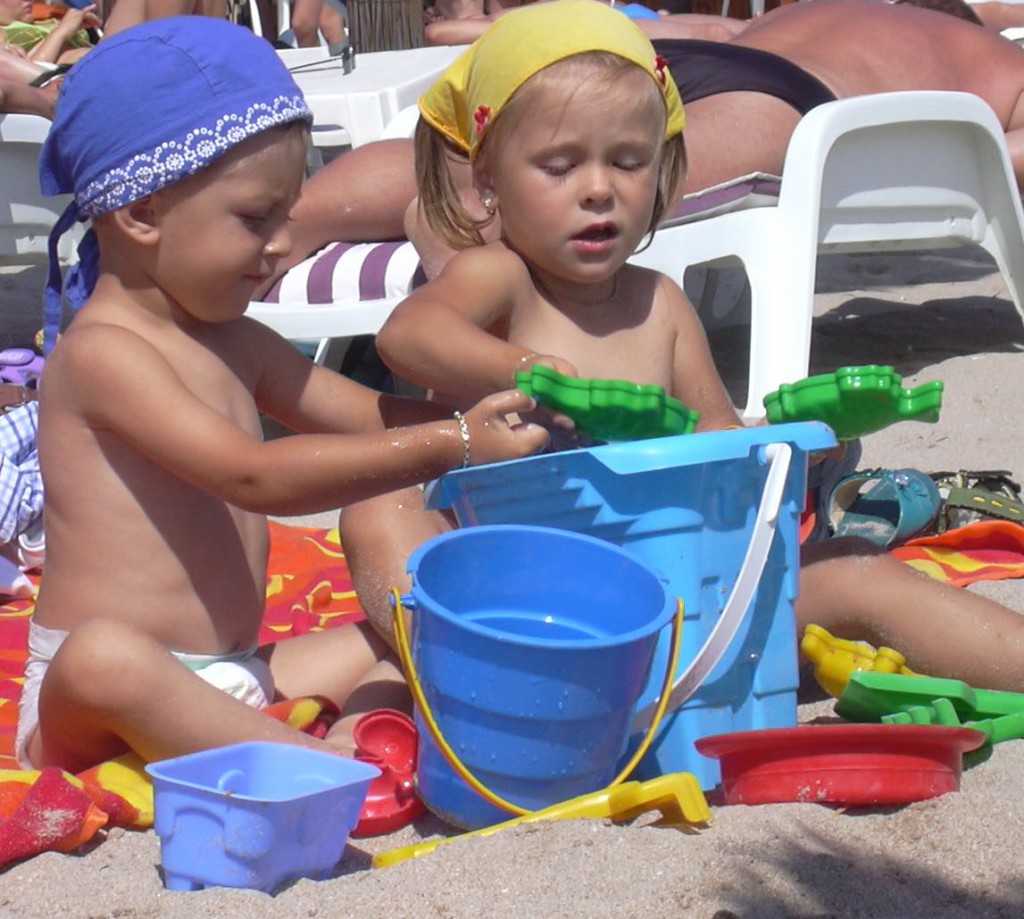 Young children know way more about sharing than you may think. As parents, we teach them that “sharing is caring,” but new studies indicate that it might not be their playmates that they’re “caring” about.

A Yale University study, “Young Children are More Generous When Others are Aware of Their Actions,” suggests that children are more likely to share and play nice when they know that they’re being observed and have the opportunity for a gain in reputation. Even though young children recognize sharing as good behavior, their instinct might still be to be to keep things for themselves.

The science behind generosity

Another version of this sticker “game” was used in a study by University of Chicago developmental neuroscientists. Jean Decety, the Irving B. Harris Professor of Psychology and Psychiatry and Jason Cowell, a postdoctoral scholar in Decety’s Child NeuroSuite lab co-authored “The Neuroscience of Implicit Moral Evaluation and Its Relation to Generosity in Early Childhood.” They believe they may have found specific brain markers that predict generosity in children.

Their study sampled 57 children age three to five and recorded their brain waves by EEG and eye tracking while showing them short animations exhibiting different types of behavior. Some had cartoon characters hurting one another. Others showed more moral behavior. After the movies, the kids received 10 stickers. They were instructed to keep the stickers if they wanted, but had the option to leave some to share with another child that would be coming to the lab later in the day.

In an effort to try to eliminate bias, the experimenters gave the children privacy to decide how many stickers to share, if any. The average subject, whether 3, 4 or 5-years-old, left fewer than two stickers for the theoretical next child. The study also noted that the types of animations the subjects watched before making their decision. They also examined whether illustrating social or anti-social behavior, could affect the degree of their generosity.

The EEGs indicated that the children responded to the morally loaded scenarios and then took them into consideration before making their decision on whether or not to share, thus demonstrating that they were making moral evaluations. “These findings provide an interesting idea that by encouraging children to reflect upon the moral behavior of others, we may be able to foster sharing and generosity in them,” Decety writes.

“I Should But I Won’t: Why Young Children Endorse Norms For Fair Sharing But Don’t Follow Them,” a University of Michigan study underscores the other findings: Younger children can recognize when sharing is expected of them, even when they don’t want to follow through. Craig E. Smith, the lead author of the study, says “Although 3-year-olds know the norm of equal sharing, the weight that children attach to this norm increases with age when sharing involves a cost to the self.”

“I Should But I Won’t” reveals that kids as young as five expect playmates to share with them. But, they aren’t quick to follow their own advice.