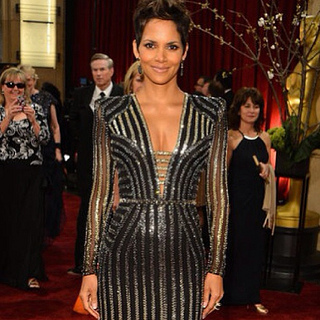 Actress Halle Berry had her first child at age 42

“When is the ideal time to have a baby?” Everyone has an opinion and most people have no qualms sharing it. Whatever people believe, women are having their first babies later than ever before. What’s behind the pattern toward older first-time moms?

In 1967 pregnancies among 40-something women were typically mothers having a third or fourth child. Today, however, women aged 40-44 are very likely to be having their first child. The National Center for Health Statistics recently found, “the birth rate for women ages 40-44 rose 1 percent, to 10.3 births per 1,000 women in that age group.

In other words, there are more first-time mothers in their 40s than ever before.

In recent years, plenty of studies strongly suggest that women who first have a baby at age 40 and beyond not only have a good chance of a stronger relationship with their young one, but also long-term benefits previously unforeseen. For older first-time moms, financial benefits and greater control over their lives may outweigh any presumptions that mothers will be at a physical, social or emotional disadvantage.

Older parents are more confident and less stressed, studies have shown, inviting more opportunities for meaningful one-on-one time. These mothers tend to have established careers. A solid work life and life experience can lead to a more levelheaded, stable parent. Contrast this with a young mother in her 20’s struggling to pay bills while bringing up baby.  A University of Virginia economist Amalia Miller, “calculated that for every year a woman delays motherhood, she makes about nine percent more in lifetime earnings. A decade of delay could mean nearly doubling her income.” With the cost of raising a child now estimated to be as much as $286,000 overall, for families in a middle income bracket, making — and saving — those higher wages could be enough to support a family comfortably.

Many older first-time moms I’ve spoken to also attest that they are much more patient than their 20- or 30-year-old selves would have been, and that they believe they take more joy out of the experience.

With all of the scientific advancements in technologies like egg freezing within recent years, more women have more ways of gaining control over their fertility. Many women seem to have realized this, with one woman even breaking records by becoming a mom at 70.

For all of the possible discomfort of trying to get pregnant, (hormonal therapy can have side effects), and cost (as much as $10,000 per procedure), some women have chosen to freeze their eggs. As many have expressed, it’s not about stopping the biological clock. It’s about pressing pause for a while, and seizing an opportunity to make the right choices without added pressure.

Many Other Possible Benefits

Of course, many long-term risks of so many women deciding to have children in their late 30’s and throughout their 40’s have yet to be seen. However, there are also benefits. For instance, one study found that children of older parents tend to do better on math and reading tests. And, one can’t help but postulate what other benefits come from more one-on-one time with parents throughout childhood.