Probably nowhere in the world is the pressure to shine greater than that exerted on Chinese only children. In a nation with a one child policy in effect for over 30 years, these children are studied and scrutinized. Their outcomes are not always positive. 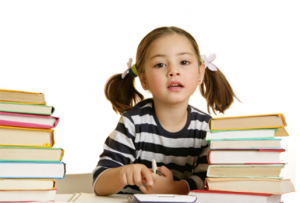 Although economic opportunity is not similar, the dreams of Chinese parents are not so different from what most parents want for their offspring. The focus in China is on academics and the pressure begins early in preschool to prepare for the country’s college entrance exam. American parents, similarly, vie for slots in prestigious preschools hoping that their children will excel and be admitted to well-respected colleges.

In addition to reducing the population, the one child policy’s “greater purpose was to turn out a group of young elites who would enjoy the undivided resources of their whole family,” and develop “high quality children who would facilitate China’s introduction as a global power,” writes Taylor Clark in his article, “The Plight of Little Emperors.” The only child in whatever country he is being raised has the advantage of his parents’ full attention and resources, but no matter how many children parents have it seems as if most American parents are striving to raise “star children” be it in field of academics, sports, or the arts.

Resume building begins early with parents seeking out or hoping for the fast reading group, the right afterschool job, the perfect accelerated summer program, the special team, event, or volunteer contribution to “beef up” the college application. No matter where you live, the time, intensity, and stress can backfire. Chinese educational demands and parental expectations have led to increased suicides among young people. Urban students are at the highest risk, in fact, reports Taylor Clark, “over 25 percent of university students have had suicidal thoughts, compared to 6 percent in the United States.”

The pressure has also led to millions of internet addicted males between the ages of 14 and 19 who often turn to the internet after perceived and real academic slides or failure. According the Washington Post, the Communist Youth League considers internet addiction “a grave social problem” that threatens the nation. The government has started military-style, countrywide rehabilitation programs as well as efforts to keep teens out of Internet cafes and limit time online to stop it.

When a child doesn’t lean in a scholarly direction, parents turn to sports or another competitive area in which their child or children stand out. In sports-crazed America, children and parents see cheering fans, spectacular plays, young heroes being carried off on the shoulders of their teammates, lucrative contracts and big buck endorsements. How can that not seem glamorous, enticing, possible? If not fame and glory, parents envision paid college tuitions and televised college games.

Whatever the aspiration, parents-and children-are influenced by the “stars” and their success. Right before our eyes and in minute detail, athletes just entering their teen years catapult to celebrity status. Golf sensation Michelle Wie, soccer’s World Cup phenomenon Freddy Adu and tennis’s Martina Hingis all burst on the scene at age 14. They exemplify what many parents fantasize for their own children. The media present an unrealistic and warped picture of sports’ potential for children who devote excessive time to one sport at the same time the American Academy of Pediatrics, Committee of Sports Medicine and Fitness, warn us that the dedicated youth increasingly are injured or burn out. The Academy finds that young and adolescent participants who play a variety of sports have fewer injuries and play sports longer than those who specialize in one sport before puberty.

Some of the world’s young “stars” will face off soon at the Olympics having spent most of their lives training for their events often beginning as early as age 6. How can you not bring home gold when you have reached the level of America’s Nastia Liukin or Shawn Johnson, gymnasts featured on sports pages and magazine covers? How can you not win if you are Liu Xiang, China’s first-ever track star, with an entire nation counting on you?

Whether they are vying for a chance to mount the balance beam at the Olympics or a spot in a college freshman class, you have to wonder what they (and their parents) have sacrificed to be there. Parents of one have great expectations for their singletons, but they need to temper their own dreams and drive to avoid backlash. An only child knows hers is the only report card coming home, the only performance you will watch-be it on a stage or field or in an arena. The overly pressured only children of China are sending a strong message to parents-all parents.