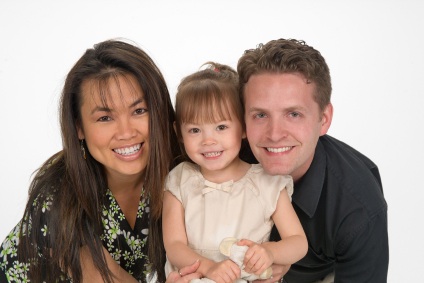 How many children is the right amount of children? Is it okay to remain a one-child family?

Many couples are confronted with this dilemma before they decide to build a family. For some, two or four seem sound but many of these questions are more likely to be based on age-old stereotypes.

I grew up with one sibling, raised four stepchildren, and gave birth to a singleton so I feel pretty objective about family size issues. But soon after I had my first child, relatives and friends were already asking me if I was planning to have another.

Many still implicitly believe that there may be something wrong with families who chose to only raise one child. I decided to find out why, and have spent more than 20 years studying one-child households.

Singletons Are On the Rise

Only four percent of those polled by Gallup in 2011 felt that one child was the ideal family size. Yet single-child household represent the fastest growing family unit, according to the U.S. Census. Why have singletons grown in popularity even when, on the surface, the prevailing preference is for more children?

Gallup has been asking people what they believe to be the best family size since 1936. From the mid-30s through 1967 between 61 and 77 percent of people preferred a family with three or more children. By 1973 the ideal family size dropped to two or fewer children. Today and since 1974 when the Gallup poll asked, “What is the ideal number of children for a family to have?” more than half of Americans, say a two-child family is best.

The number of siblings we grow up with influences how we think about the number of children we want. Those who had happy childhoods with no siblings or one or several brothers and/or sisters lean in the direction of repeating the same or similar family constellation when we have our own children. Contrarily, if we grew up amidst a lot of bickering or had too much responsibility for younger siblings, we could want a different family configuration.

Many people still believe that children without siblings are at a disadvantage. Yet the numbers (and facts) tell a different story. Just as during the Depression when the percentage of only children rose to 30, major metropolitan cities like New York are experiencing a similar upsurge. In the last 20 years, the number of singletons has more than doubled to over 20 percent and, depending on where you live, one-child families often outnumber families with two children.

The nuclear family with two children, a mom and dad is evaporating and having a singleton is increasingly common. Is one child the new traditional family? It’s beginning to look that way in spite of the fact that so many cling to the belief that it’s unfair to have one child. The advantages for a single child outweigh the few disadvantages. But, those feeling insecure about their decision wonder about the benefits. They also worry about all the negative traits with which singletons have been labeled for more than 100 years.

A report found that only one-third of adults surveyed cared for their elderly #parents with the help of siblings. #family

#COVID-19 has many wondering if or when to have a baby. @PsychToday #parenting #motherhood

Sad to say, it’s a good bet that college-aged people will be back in their childhood bedroom when colleges shut down because of #covid19. @PsychToday

Here's how to put money matters in their proper place when living with #family as adults.