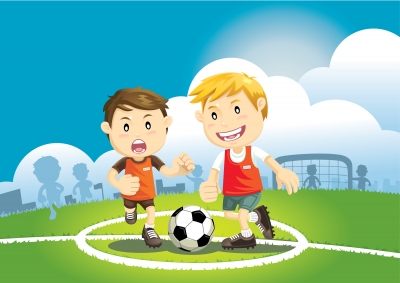 Be it soccer or swimming, tennis or baseball, year-round training or participation on too many teams can lead to burnout and overuse injuries. These are on the rise, according to the American Academy of Pediatrics.

An estimated 45 million youth between the ages of 6 and 18 engage in organized sports. Originally believed to be a safe haven for youth, organized sports have been glamorized beyond recognition, not only in venue enhancement, but also in training programs and game schedules. In almost every corner of the country, being a three-letter high school athlete is a thing of the past. Children as young as age six focus on one sport and become “specialists.” As the research accumulates, the psychological and physical dangers are evident.

Parents need to know the “score”

Sports that used to be simple fun have become increasingly competitive and demand more training, more time, and way too often come with more pressure from parents and coaches. It’s no wonder that overuse accounts for up to 50 percent of all pediatric sports injuries. Emergency room visits for children and adolescent sports injuries are on the rise. And, burnout from too much involvement defeats the purpose of encouraging lifelong exercise.

To prevent injury, the American Academy of Pediatrics Council on Sports Medicine and Fitness recommends:

Children at play: Proceed with caution

The nation is obsessed with sports and families are bombarded with examples of highly motivated, successful young athletes. Children and parents see cheering fans, spectacular plays, and young heroes being carried off on the shoulders of their teammates. Beyond, they see lucrative contracts and big buck endorsements. How can that not seem glamorous, enticing, possible? If not fame and glory, parents envision paid college tuitions and televised college games. Whatever the aspiration, parents—and children—are influenced by the “stars” and their accomplishments.

Right before our eyes and in minute detail, athletes just entering their teen years catapult to celebrity status. At age 14 golf sensation, Michelle Wie, soccer’s World Cup phenomenon Freddy Adu also when 14, or tennis’s Martina Hingis who competed in the U.S. Open at age 13 exemplify what many parents fantasize for their own children. The media present an unrealistic and warped picture of sports’ potential for children who devote excessive time to one sport. Only 0.2 to 0.5 percent of high school athletes ever play professionally. And perhaps more importantly, the American Academy of Pediatrics, Committee of Sports Medicine and Fitness finds that those who play a variety of sports have fewer injuries and play sports longer than those who specialize in one sport before puberty.

Parents must protect their children whose young bones are developing to avoid permanent damage. A six- or 12-year-old doesn’t know what’s best for his growing body. When he tells you he wants to join yet another team, it is your responsibility to think through what’s good for him in the long run. You may need to say “no” and if you need help, check out
The Book of No: 365 Ways to Say it and Mean it—and Stop People-Pleasing Forever.

As you help your child navigate his athletic participation, ask yourself, how much is too much for her? For you? For your family? Consider the havoc sports participation has on family life and your child with games every weekend, on holidays, and practices and games in the evening. Children eat meals in cars on the way to practices, attempt to do homework, and fight exhaustion—all of which affect their general health and academics. Parents are exhausted too. Family members are often divided—mom at one child’s game; dad at another and siblings tagging along often reluctantly. Vacations get built into tournament schedules and Thanksgiving dinner is eaten in a diner on the road frequently hundreds of miles from home.

What happened to playing outside with friends? For all their benefits and there are many, organized sports, if not carefully monitored by parents, not only put children at risk for injury and burnout, but also jeopardize your family’s unity. Next time you sign your child up, take the “Caution: Children at Play” sign seriously.Today there’s much more at stake than just the outcome of the game.

The full report, “Overuse Injuries, Overtraining, and Burnout in Child and Adolescent Athletes” is available at: http://pediatrics.aappublications.org/cgi/content/full/119/6/1242