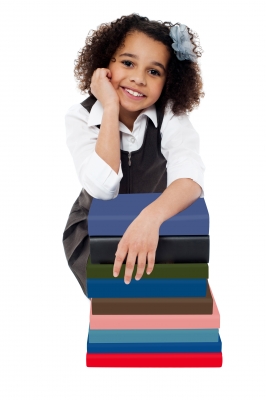 A parent’s approach to rearing has far more to do with the child’s behavior and eventual outcome than does the number of siblings he does or doesn’t have. Most parenting pitfalls are universal, however, they can be more intense and require keener vigilance with an only. Stumbling blocks can be turned to your child’s advantage when parents assume one of these four constructive and positive attitudes.

A healthy balance of involving yourself with your child and disengaging from your child’s life, of time spent with a child and time alone, of protecting your child and fostering independence, of freedom of expression and adhering to the rules is particularly vital for the successful rearing of only children.

In order to achieve a livable balance, parents of onlies must think big; they must operate as if they had a clan. There’s no question that with one child it’s much simpler to just “do it.” Take for example—dressing. It’s certainly faster to dress your reluctant four-year old than to spend 30 minutes prodding her. In the multi-sibling home, so much goes on in the morning that children dressing themselves is a given, not open to arbitration as it is in many single-child families. The best recourse is a precise explanation of what you expect from your child and when you expect it done. Your outline should specify that the request is fair and cannot be argued.

Errors in judgment come with the parenting territory. Do not get bogged down by the unimportant aspects of child rearing. Don’t worry about every little thing; every parent makes mistakes. But parents of onlies tend to think a child’s problem stems from his or her singularity. When in doubt, investigate. Find out if other children the same age are having difficulties akin to your child’s. They probably are. Most times these are normal developmental stages and difficulties that any child may experience.

3. Moderation is the Goal

Attempting to shield your only child is perhaps the easiest trap into which you can fall. When the child begins to walk, smothering parents are right behind to scoop him up before he topples. When he plays with other toddlers, they are appalled by normal arguing and intercede on their child’s behalf at every collapse of a block building. Stand back. Let your child work it out himself.

Not all parents worry irrationally about their onlies. Being overly concerned has to do with the parents’ personalities more than the singleness of the child. Any parent can fall prey to his or her own insecurities. The fears and resulting over-protectiveness that seem more pronounced and more prevalent among parents of onlies, are by no means limited to them.

If you feel strongly that it would have been nice to have a larger family, say so, but say it matter-of-factly, don’t lace it with emotion and guilt. Follow up immediately by adding that there are advantages to our small family. Underscore the special nature of being the only child and highlight the gains for your child, who may not see them as clearly as you do. Then, drop the issue permanently.

Parents of onlies have the time and energy to nurture their single offspring in warm and constructive ways. If you can maintain a relaxed attitude about rearing your only child, always bearing in mind your goal to be moderate about your concerns and fears, the specifics will work out quite easily. 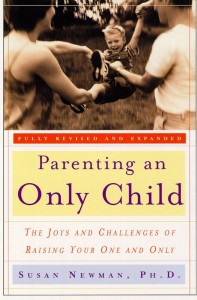 For help in making the decision to have one child and for more suggestions on raising an only child, see Parenting an Only Child: The Joys and Challenges of Raising Your One and Only.