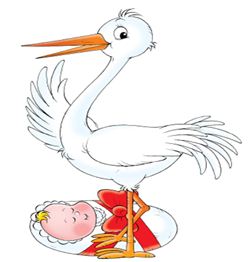 Responses from 201,988 parents in 86 countries support what other researchers have found: “happiness decreases with the number of children parents have,” but more specifically this global study finds that parents are less happy the younger they have their children. So, what is the best age to start your family?

The report, “A Global Perspective on Happiness and Fertility” appeared in Population and Development Review. The analysis of parents’ responses revealed:

As a strategy for achieving happiness, having babies when you are younger doesn’t seem to be the way to go. We tend to idealize children and overlook the costs, challenges, and changes children bring to our lives and our sense of well-being. In the authors’ words, “the association between happiness and fertility evolves from negative to neutral to positive above age 40, and is strongest among those who are likely to benefit most from upward intergenerational transfers.” In other words, at age 40, 50, and older many parents look to their children to care for them. Some argue having more children is better because it increases the chances that at least one of their offspring will help them as they age.

At what age do children make parents happy?

These findings raise the question: During what 20-year period do you want to risk reducing your happiness? When you are younger or older? Perhaps the answer lies in starting your family later as many now do: 40-or close-is the new 20 for having babies. Having children older is a definite trend as women stay in school longer, marry later, and start their families when they are older. Of course, starting to have children in your late thirties or forties limits how many years you may be fertile and thus be able to have a second or third child. But, there is good evidence that mothers of one are happiest.

The Global Perspective happiness/fertility study also showed that for older parents, those between 40 and 50, the number of children makes no difference in happiness levels. However, after 50 each child additional child makes them happier. In theory then, if you want to be happy when you are in your 20s and 30s, waiting to have children may be your answer.

Parents having their children younger will be enjoying them in their 40s and 50s while older parents will still be immersed in childrearing, hoping their child or children will take care of them. But then how many children do you need to support you in your dotage?