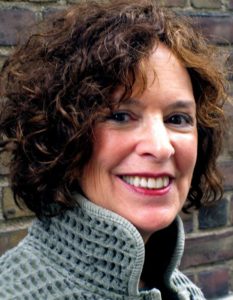 Social psychologist, parenting expert and best-selling author, Susan Newman is the author of 15 books in the relationship and parenting fields. Her research and books examine such areas as building strong family bonds, raising only children, grandparenting and interactions between adult children and their parents and in-laws, as well as the difficulties of raising a family and working, among others.

She is a regular contributor to Psychology Today  and U.S News & World Report  on parenting and is contributing editor to Work & Family Life, a monthly newsletter distributed to corporations, companies, government departments, and groups for their employees.

Her work has been featured on Huffington Post, The Daily Beast, Babble, WebMD, AARP and other influential websites as well as in Harvard Magazine, Redbook, Ladies Home Journal, Woman’s Day, Parents, Cosmopolitan, USA Today, The New York Times, The Los Angeles Times, The Washington Post, The Boston Globe, London Telegraph, Today’s Parent (Canada), The Times of India and other major newspapers and magazines in and out of the US.

Dr. Newman has been named one of the top 25 Parenting Educators by RootsofAction.com, and one of the top 100 psychologists to follow on Twitter by CareersInPsychology.com.

She has consulted with Disney World, Milton Bradley Toys and other companies and organizations that serve families and children. She has also contributed to many books on relationship and parenting topics.

Dr. Newman was a part-time lecturer at Rutgers University in New Jersey and is a member of the American Psychological Association, the Authors Guild, and the American Society of Journalists and Authors. She is a Court-Appointed Special Advocate (CASA) for abused and neglected children. She is the stepmother of four children, the mother of one and lives in the greater New York Metro area.

Aside from being a social psychologist, Susan Newman, PhD is a speaker and workshop facilitator and is available for talks, panel discussions and workshops on subjects related to her research and books. Please contact her to discuss your needs.

Interview requests and inquiries from journalists and producers should be sent to Dr. Newman.

Enter your email to receive monthly family life news and advice PLUS special to new subscribers, exclusive self-help tips from my new book: The Book of NO: 365 Ways to Say It and Mean It—and Stop People Pleasing Forever.

Subscribe and receive updates and research on parenting, family relationships, work-life issues and news you can use to make life better — straight to your inbox. As a bonus for signing up, you’ll receive exclusive self-help tips from my new book: The Book of NO: 365 Ways to Say It and Mean It—and Stop People Pleasing Forever.